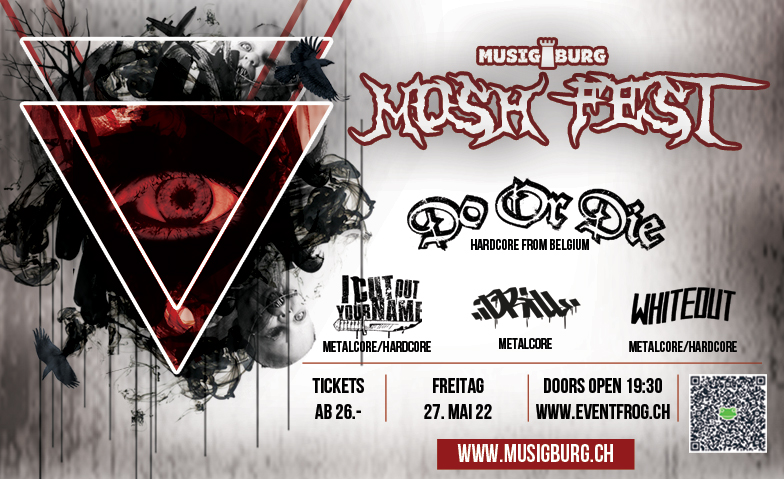 Do Or Die
Belgian Hardcore band formed in 1999. The band is definitely a live band that feels comfortable on stage whether it is a big European festival, an opening show for international bands (Agnostic Front, Hatebreed, Sick Of It All…) or a much smaller venue: the energy is there as if it was their first show ever.
Strong of its six albums, countless shows across Europe and many appearances during famous European festivals, Do Or Die has been displaying an aggressive and modern hardcore sound for more than 20 years now and is not ready to retire soon.
With a whole new, younger line-up from 2021, Do Or Die is ready to gain back its former glory in the European Hardcore scene with a new album expected for 2022.
I Cut Out Your Name
A positive Metal/Hardcore-Band from southwest Germany. A mixture of modern, melodic Metal with a touch of 90s Hardcore and strong DIY ethics.
Whiteout
Through years of playing shows together, releasing several demos and a live music video, Whiteout evolved into a powerful mix of five enthusiastic individuals who want to create and share a peerless sound with various elements of Metalcore/Hardcore – yet without musical boundaries, combined with lyrics of controversial, personal and spiritual topics.
Drill
Filthy Metalcore from Switzerland.
Schlagwörter: Cut out your name, Do or Die, Drill, whiteout